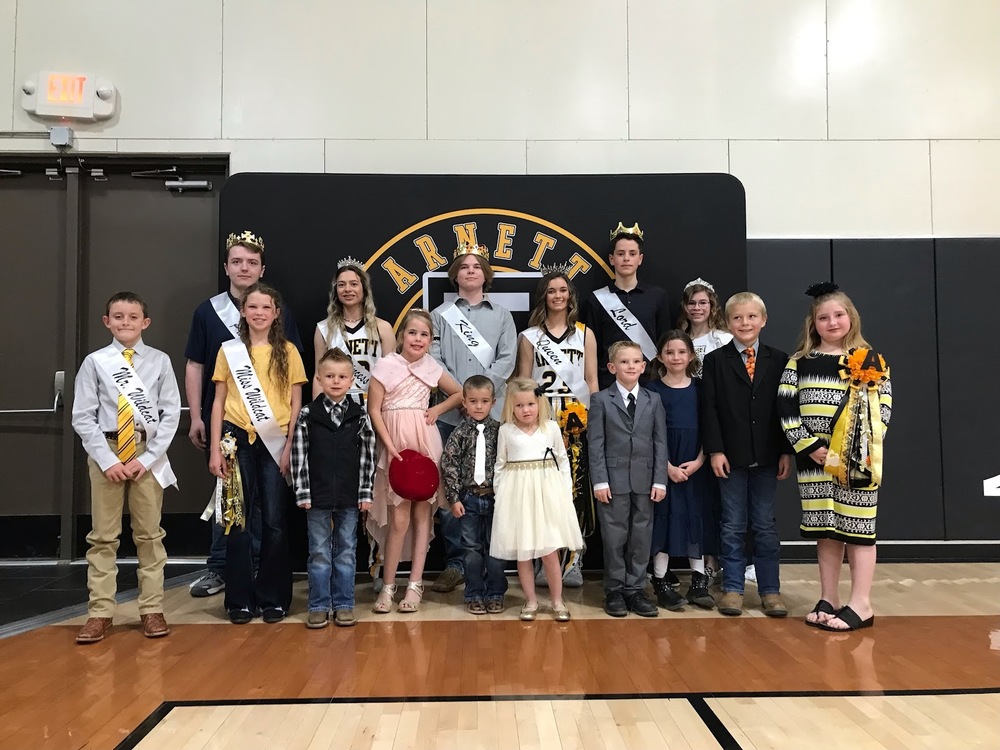 Homecoming week was so busy, yet a ton of fun for all the students.  There were dress up days each day of the week.  Jr. High and High School students also spent the week preparing for the competitions held Friday, December 17, at Clash of the Classes.  Each class created homecoming banners that were displayed during the week; they also decorated the doors and created hand drawn posters that were displayed at the gym.  Each of these were voted on by the faculty.  The Sr. Class was the overall winner.

On Friday morning of Homecoming week, all students were in the gym competing in “Clash of the Classes”.  7-12th grade classes competed in competitions and an overall winner was determined from all competitions held throughout the week.  They had lots of fun in the Fashion Show, Tug-of-War, Hula Hoop Contest; 3-point contest, and Ping Pong Ball Competition.  Elementary students enjoyed cheering them along.

Arnett played Sharon-Mutual for the homecoming games.  The 3rd and 4th grade boys and girls started the night off by winning their games.  The homecoming ceremony was then held with 4th grader Alex Strick and 3rd grader Landen McCartor being named Mr. and Miss Wildcat; Nicolas Sant'Annafrom the 7th grade and Breclyn Suthers from the 8th grade were named Lord and Lady; Prince and Princess were Seth Vallaster and Ashton Suthers, both from the Jr. Class; and from the Sr. Class, Dakoda Tibbett and Brooklyn Bayless were named King and Queen. 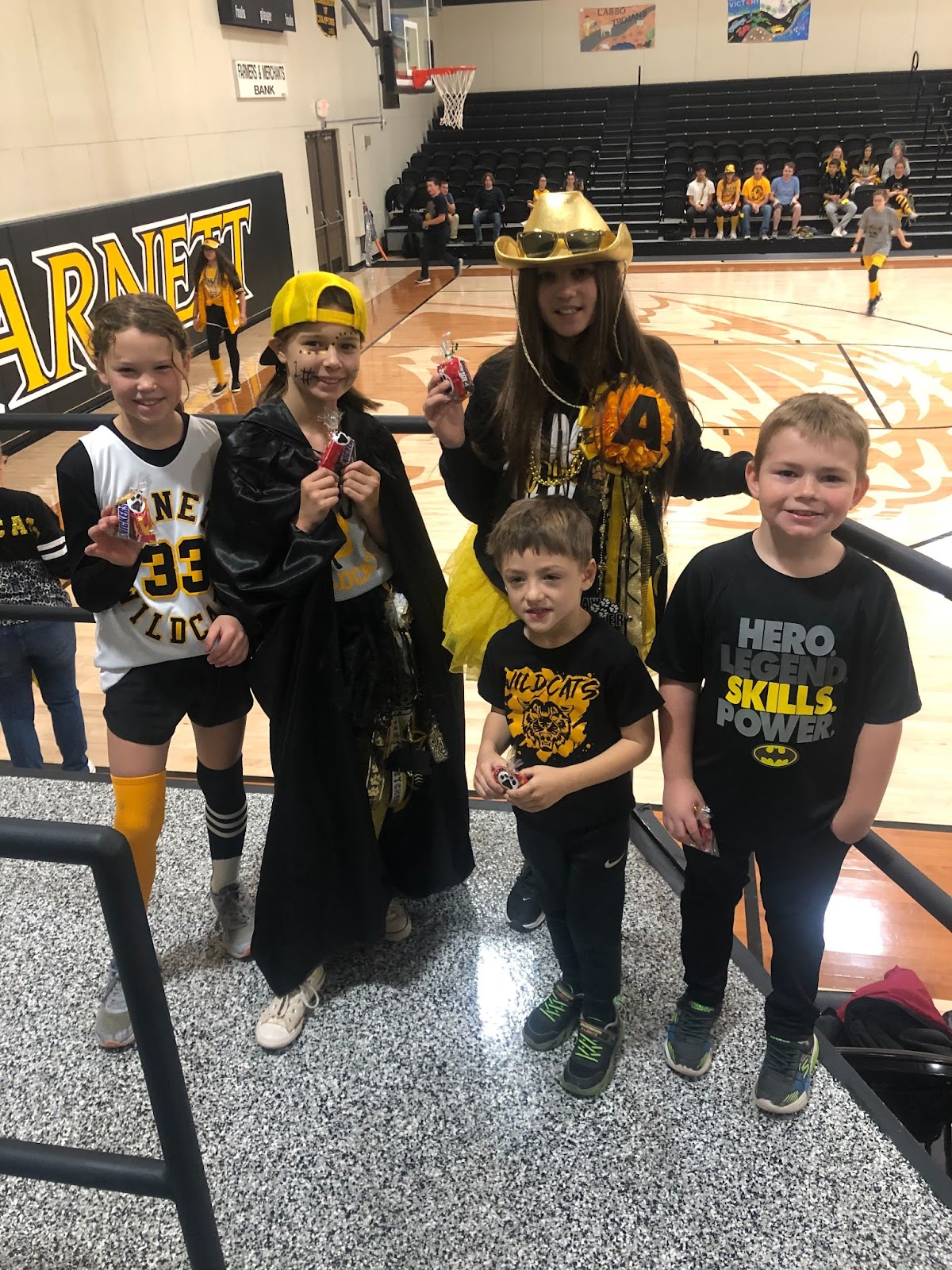 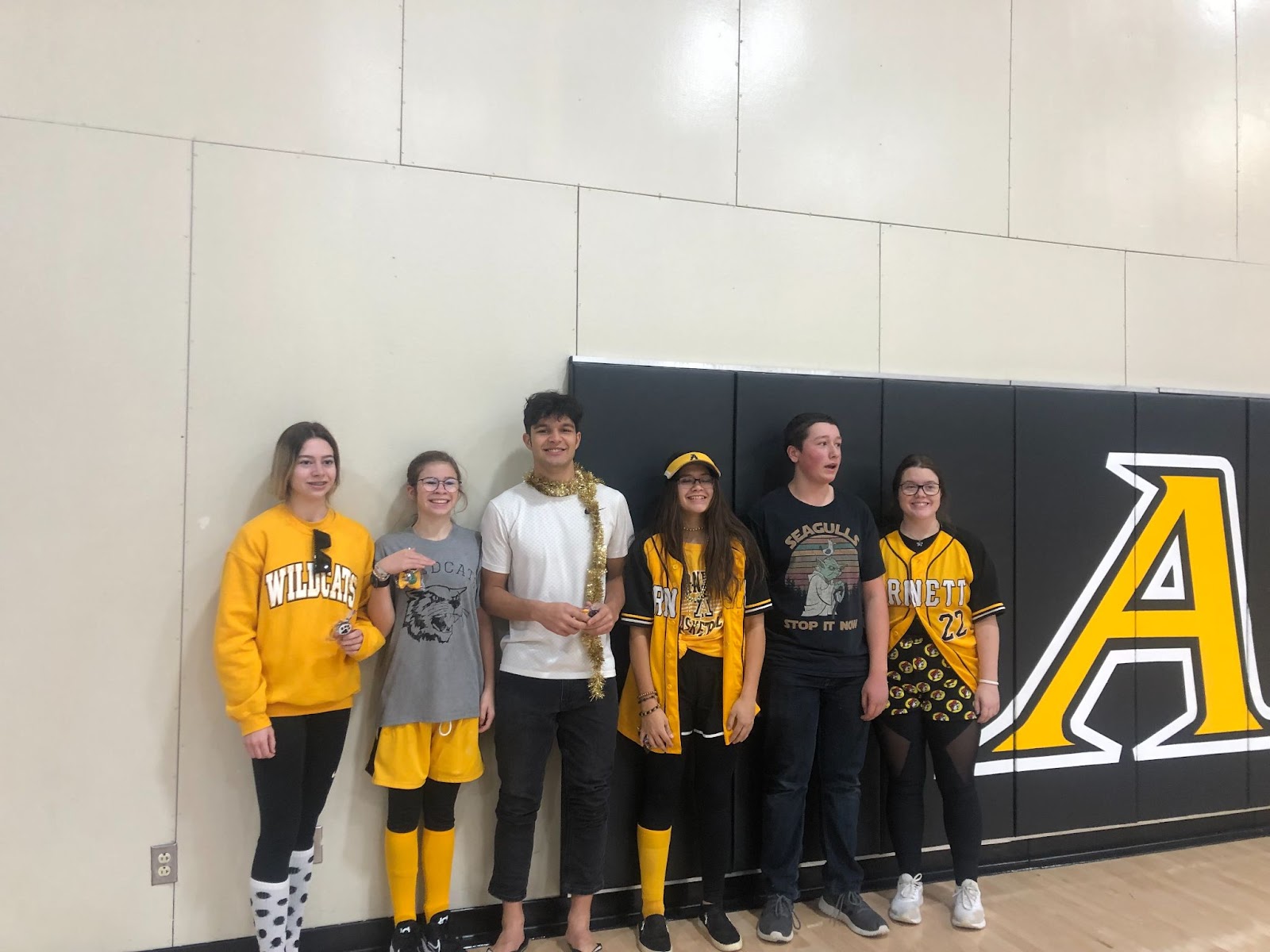 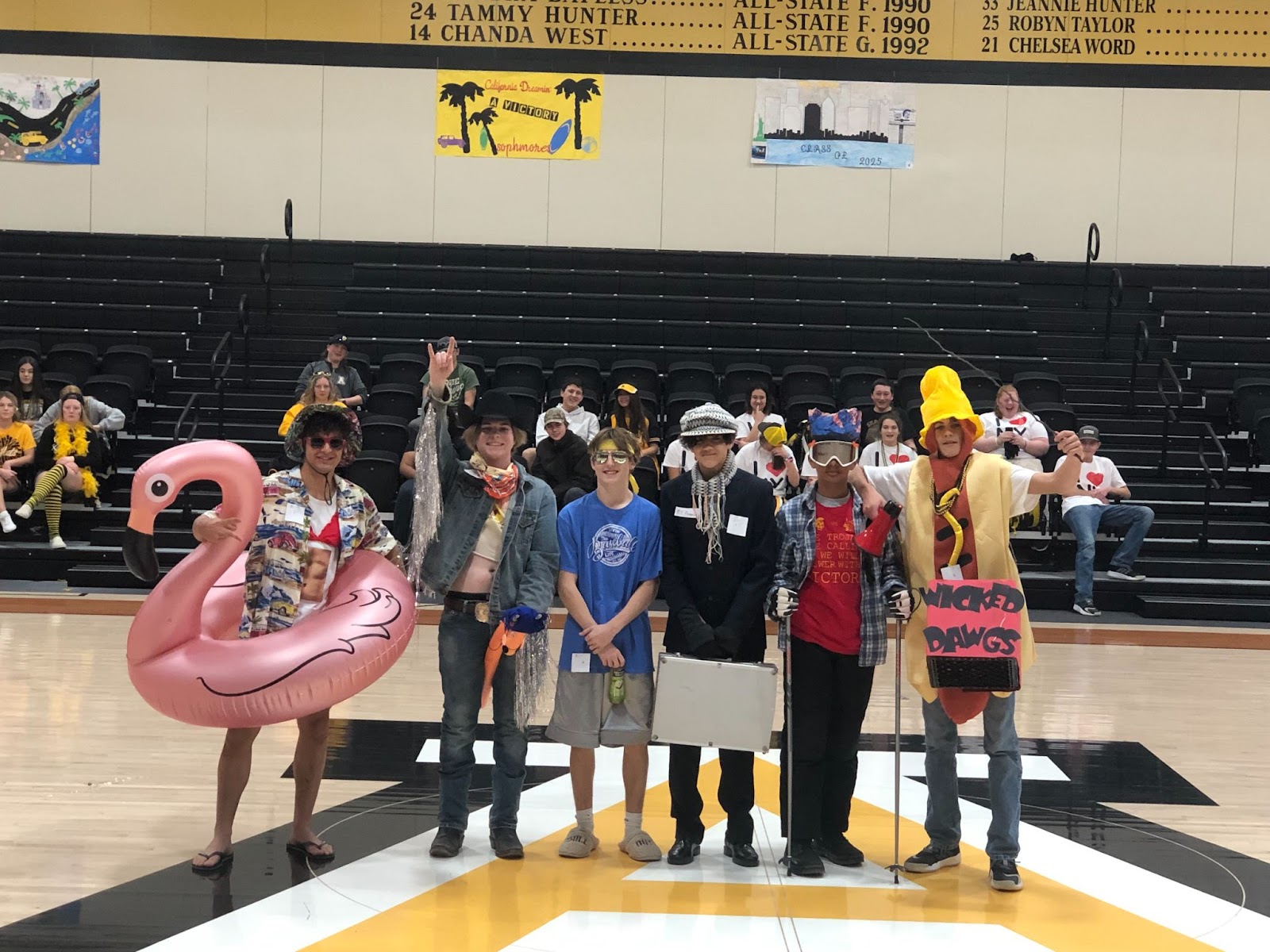 During the Fashion Show for homecoming Clash of the Classes, these boys gave it their all!  L-R:  Gui Carvalho, Dakoda Tibbett, Ryan Elder, Martin Sanchez, Lincoln Coleman, and Braydon Miller. 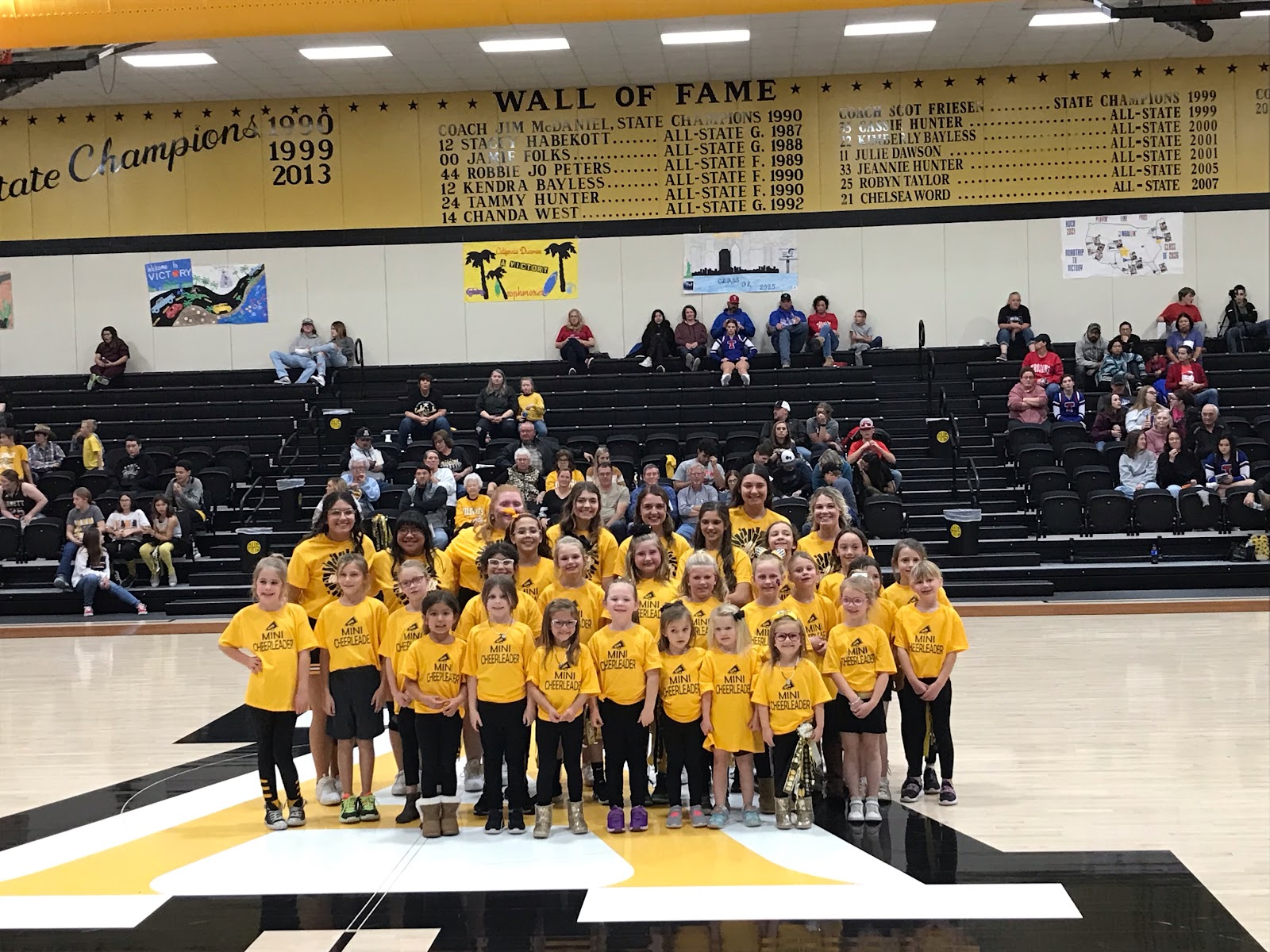 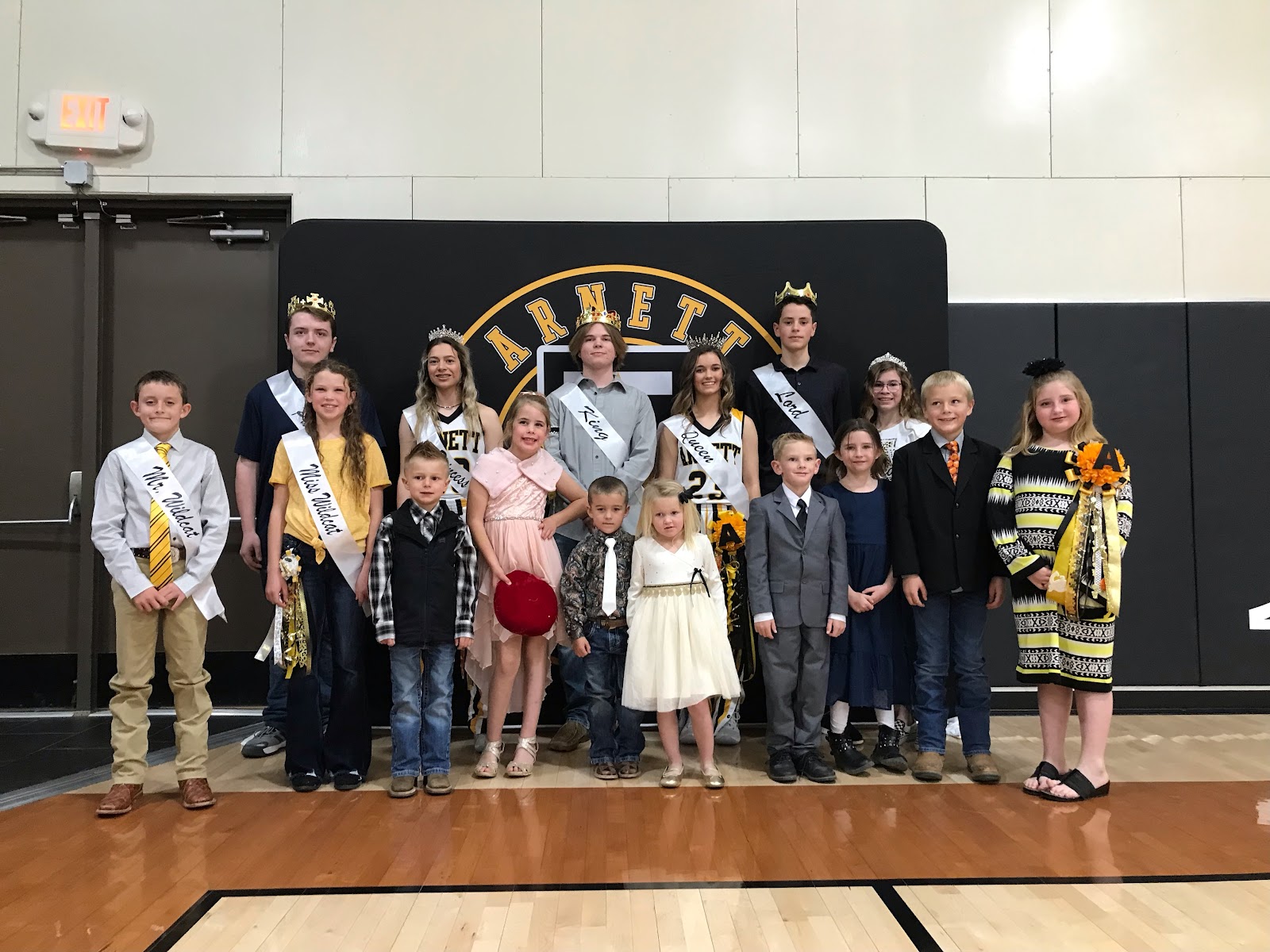